This garden is named Jardín Félix was started on a plot of wasteland in Igueste, a village in the Anaga mountains in Tenerife. Created by Phil Inkelberghe in 2005-2006 and wonderfully maintained by Thierry Jacoby.

The video shows how the garden was started from abandoned land, invaded by wild Opuntia cactus. Stone walls and rockeries were built and now a beautiful garden flourishes. There are palms, succulent plants, tropical fruit trees, and native canarian species.

Some plant species shown in this video of this home garden in the Canary Islands:

This videos shows lots of pictures of Cacti (Cactaceae) and Succulents taken in the Canary Islands.

These are abundant species commonly seen in tourist areas and on the hills:

Take a tour through a small factory of Cactus jam. Cactus fruits from
Tuno Indio (Opuntia dillenii) are collected in Gran Canaria. They
produce an excellent traditional jam with modern methods. It is in
Spanish.

Tropical and Mediterranean garden styles are spreading through Europe. People are trying new species and new techniques to create exotic gardens in colder, northern climates. While many tropical species cannot survive cold winters, some can be replaced by subtropical species or tropical-looking hardy species. Tropical gardens are often rich in large leaved plants, such as palms and bananas. Mediterranean gardens are not so dense and lush, they rather show open vegetation, sculptured by wind and sun. Shrubs and trees are often enhanced by cacti, yuccas and palms from dry habitats. 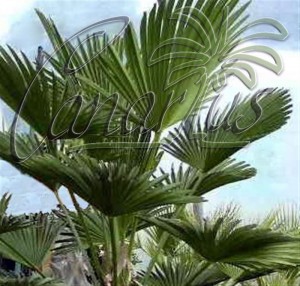 Trachycarpus wagnerianus is a frost proof palm species, hardy to about -18 C.

Canarius offers some tips to help growers in their tropical adventures: