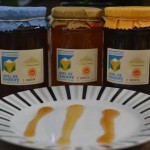 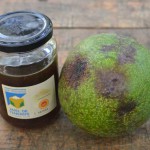 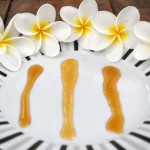 The exclusive plant life in Tenerife, with a great variety of endemic species, makes possible that bees can be working all year. That’s why in the island is collected many kinds of honeys. Even, some of them unique around the world. The combination among heathers, chestnuts, fruit trees or grass in Tenerife forms an endless number of species where these insects can extract nectar for making bee-honey. A natural foodstuff which has been protected by Protected Designation of Origin (PDO). In the present day, there are 13 sorts of honeys catalogued in the island. Although we are talking about a chageable number because it could appear new variants. As we have said, the Canary islands are home to a deep tradition of sweet preserves.

There are 13 sorts of honeys catalogued in Tenerife On our online store, Canarius.com, we count on some honey made by, both bees and human beings. We shall select for you only the best brands, the favourites of the Canarian citizens. Right after, we will present some of them. On the one hand, an amazing product is the unique Palm honey, obtained from the sap of the endemic palm Phoenix canariensis. The main features of this palm is its big size, tapeworm or its thick trunk with more than 30 metres high. Palm Honey or Palm Syrup is an edible sweet syrup produced in the Canary Islands from the sap of the native palm tree, by tapping the tree in a sustainable way. To sum up, it is not necessary the natural work of bees. Palm Honey is thinner and darker than bee-honey. On the other hand, also we can find on our online shop the well-known Pitera bee-honey (Agave americana). It is about a syrup that is sweeter than honey and tends to be less viscous.

You can buy Butia capitata and other cold-hardy palm
trees in the Palm Section of our Shop – We ship young plants to
anywhere in Europe.

(A video of jelly palms in habitat.)

What is Butia capitata, pindo palm or jelly palm?

Butia capitata is a hardy feather palm with sweet, tasty fruits, native to Brazil,
Uruguay and Argentina. It is popular in cultivation and it is the only
frost-hardy palm that can produce delicious fruits in colder
climates.

You can buy potted living plants of Butia capitata, of different
sizes from our catalog at www.canarius.com.

The Palm Honey in La Gomera

It is all about palm “honey”. See how the palm sap is collected from tall, wild palmtrees in La Gomera. Spectacular images, nice music. Subtitles in Spanish. PALM HONEY is a syrup manufactured in the island of La Gomera, one of the seven Canary Islands.

The process is as follows:

This is an excellent food, very good flavor and with many properties.

The palm does not die by this process and quickly recovers. Every five years or so, it can again be tapped”. The best time is summer and extraction is most popular in the areas of Taguluche, Tazo, El Ingenio and Alojera.

You can buy different types of palm honey from the Canary Islands in the Honey Section of our Shop.