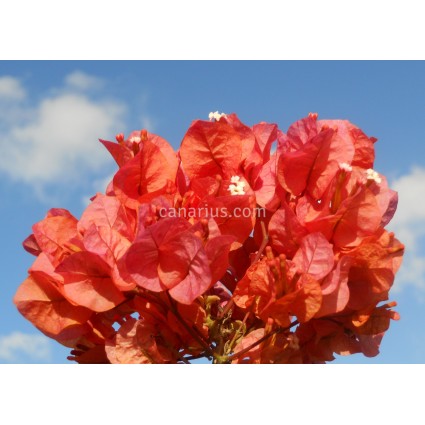 This robust cultivar produces bold sprays of colourful bracts with different shades of red to orange.

By buying this product you can collect up to 12 loyalty points.

This robust cultivar produces bold sprays of colourful bracts with different shades of red to orange. It is widespread in the Canary Islands.

There is no such thing as a dead bougainvillea. They are only killed by real frost and by everwet shady conditions. They can resurrect from a stick.