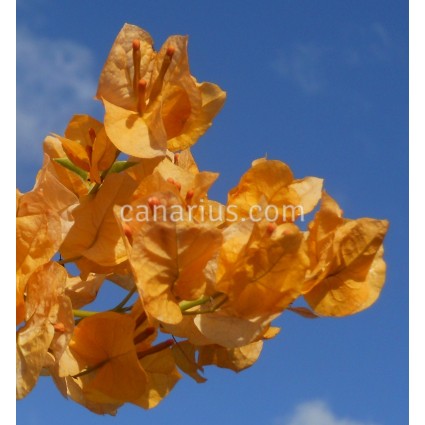 Yellow to orange bracts - this is the only yellow Bougainvilla grown in the gardens of Tenerife. a robust shrub or climber suited to mediterranean to tropical conditions.

By buying this product you can collect up to 12 loyalty points.

Yellow to orange bracts - this is the only yellow Bougainvilla grown in the gardens of Tenerife.

There is no such thing as a dead bougainvillea. They are only killed by real frost and by everwet shady conditions. They can resurrect from a stick.