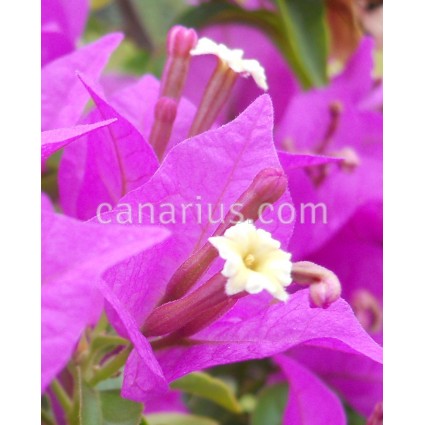 This is an old classic bougainvilla, and it is hardier to cold than most types. It has very dark green leaves and an unmistakeable vibrant pink colour.

By buying this product you can collect up to 14 loyalty points.

This is an old classic bougainvilla, and it is hardier to cold than most types. It has very dark green leaves and an unmistakeable pink.

It grows and blooms successfully througout the Mediterranean, even in colder areas or at some elevation. Frosts at -4 C does not even prevent flowering in the following summer.

There is no such thing as a dead bougainvillea. They are only killed by hasd frost and by everwet shady conditions. They can resurrect from a stick.